The Collector’s Lab was founded in 2007 with the goal of providing individualized, high-level professional and appraisal services to private collectors, institutions, insurance companies, museums, and wealth management professionals. The lab focuses on delivering these services with the highest level of confidentiality and integrity.

Our area of specialization and expertise is in properties of pop culture, celebrity and entertainment. With over seventeen years of experience in the auction and appraisal industries, company president, Laura Woolley, has found, through experience, that the artifacts of popular culture present new challenges to appraisers and specialists alike. Most items in this field are unique and require an individualized approach. No two collections are the same and The Collector’s Lab prides itself on tailoring our approach to address the needs of each collection.

The Collector’s Lab has worked with a number of high profile clients including: The Warner Bros. Archive; The Paramount Studios Archive; The Estate of Bob and Dolores Hope; The Elizabeth Taylor Trust; The Estate of Michael Jackson; NBC Universal; Hard Rock Hotel and Casinos; Batjac Productions; Phyllis Diller and many others. 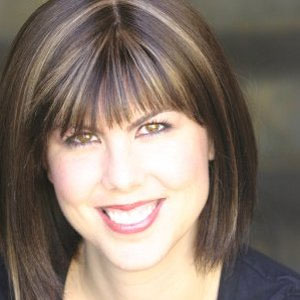 She left Sotheby's to study at The London School of Economics where she earned a Masters degree in New Media and Communications. She returned to the United States as the Chief Operating Officer of Julien's Auction house in Los Angeles, where she helped the company build its live auction business, managing sales of Barbra Streisand, Marilyn Monroe, and Cher memorabilia in addition to a full schedule of entertainment memorabilia and charity sales. Since she began working as an independent appraisser she has continued to consult with a number of major auction houses and acted as the specialist in charge of Julien's Auctions; The Collection of The King of Pop: Michael Jackson, The Collection of Bette Midler, The Estate of Les Paul and most recently the Tompkins and Bush Collection of Michael Jackson Memorabilia.

Laura has participated as an appraiser of collectibles on the acclaimed public television series Antiques Roadshow. As an independent appraiser she is a Certified member of the Appraiser's Association of America, which is the highest level of membership representing those appraisers who have the most extensive level of expertise, education and experience. She has also successfully completed the Uniform Standards of Professional Appraisal Practice (USPAP) examination. Laura has founded her own company, The Collector’s Lab, to which she brings this diverse background of professional and academic experience.